Since the Youtube era took hold, there has been a new industry of “breakdowns, video essays, and discussions” revolving around famous shows, games, or anything really involving “geek” culture. Shows are torn apart to get into the meanings of why they work, why they suck, or why such and such a thing is effective or not. Sometimes it is insightful and thought-provoking, other times, too much of the time it is bitter, self-congratulating and downright mean.

Every piece of entertainment has a different meaning for someone else. My feelings towards Shinmai Maou no Testament or High School DxD can vary wildly compared to someone else. What I might find deep, insightful, or even anger-inducing, others might just find to be plain fun. Those difference of opinions are important, and expecting everyone to get your viewpoint reeks of arrogance and ignorance. Frankly, not everything has to have a deep impactful meaning, nor does everything have to be mindless fluff.

The show we are taking a look at today stuck with me because frankly it is not concerned with being anything other than what it is. And what it is. is a full-throated loving embrace of just wanting to build giant robots. After the cut let’s dive into Hisago Amazake-no’s series Knight’s & Magic. 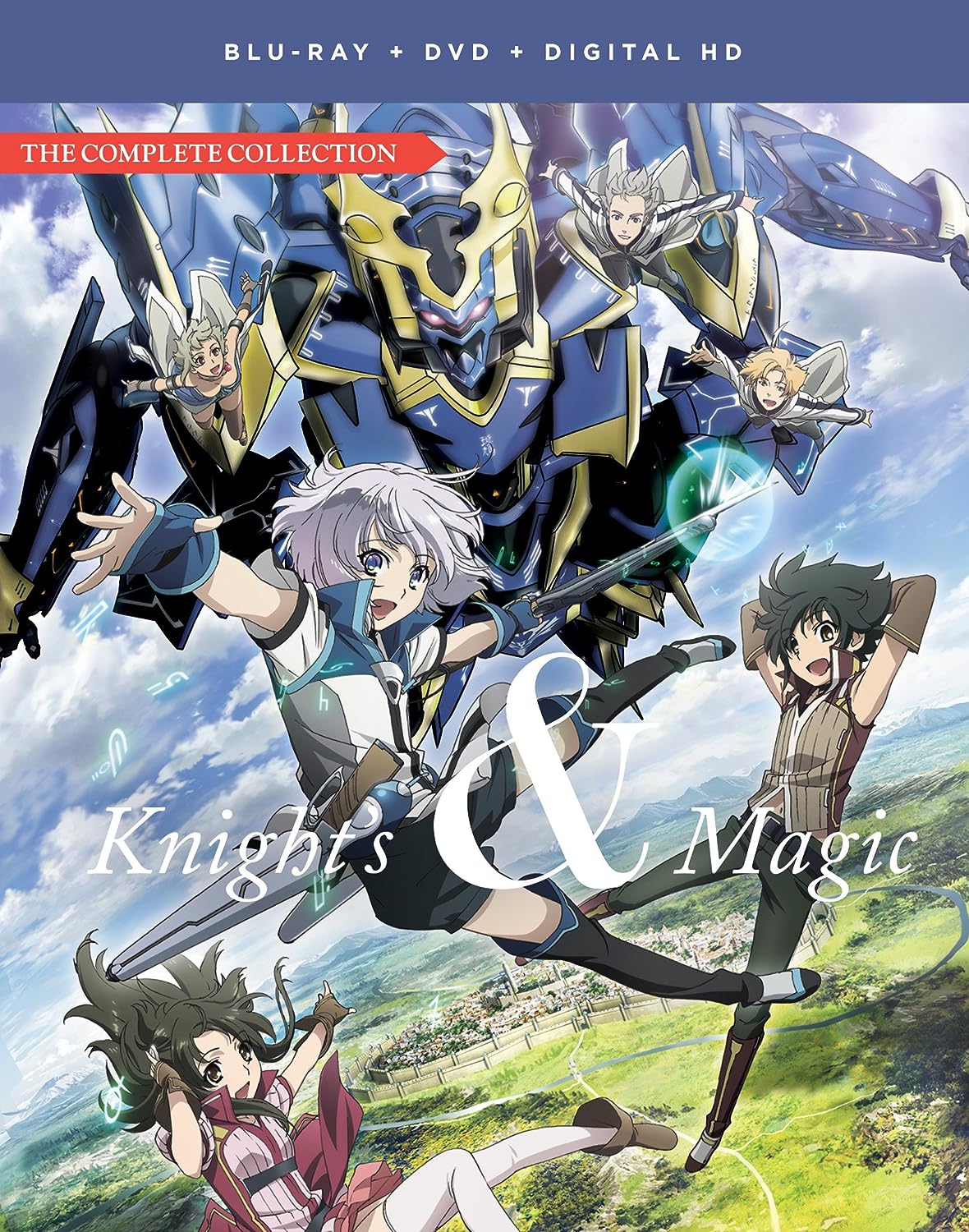 Knight’s and Magic is a show that probably shouldn’t have stuck around in my brain after I finished it. Not because it is bad, frankly the show is middle of the road at best, but because it doesn’t have anything important to say. It has no major moral, major meaning, or really deep themes it tries to go into. Having just watched this after coming off of ReZero, a show that is VERY much trying to tell the audience something, I kept waiting for the “other shoe” to drop, but it never did.

An Isekai story, Knight’s and Magic is about a boy named Ernesti Echavalier who in his previous Japanese life, was a low-level worker and a MASSIVE mecha otaku (think mega fan). After tragically dying in a car accident, he finds himself reborn in a completely different fantasy world that uses medieval robots to fight. Aware of being reborn in this world, he sets off to achieve his dream of actually creating his own mecha.

And that’s it. That’s the story.

It’s simple, it’s effective and honestly, Knights and Magic is an extremely heartwarming show. It’s all about this (now) little boy who only wants to create, invent, and then create again. Ernesti is not your typical Isekai harem protagonist, nor is he the shut-in gamer who suddenly finds himself elevated to a god-like status in another world. He’s just a guy who loves building robots, and his love for that is something that spreads and infects almost everyone who comes into contact with him. Several times throughout the story, Ernesti is confronted by older men and women who clearly suspect he is trying to upset the balance of power, or gain political leverage, or try to usurp the status quo. However he isn’t, he just wants to make giant robots. That pure innocence shocks almost everyone, and it also helps them to embrace again the love of a creator, the love of just making things.

Knight’s and Magic is not concerned with saying anything other than that. While it may have gone into the darkness of war or the ramifications of a scientist creating something that could kill millions, it opts not to. Knight’s and Magic is a celebration of an otaku’s love for something, and how that love can be spread and shared with people. That sheer love, unburdened by trying to show any of the downsides or negative traits is refreshing to see.

Today’s world, especially in the West has often turned against fandom, fan communities and the “super fan” who just really loves something. They are often held up as problems, drags on society, or unfairly responsible for vasts amounts of harassment, toxicity, and cruelty. While parts of that are sadly true, it has often overshadowed good and well to do people who just love what they love, and who wear it on their sleeve. While there is much that can be said about those things and should be, Knight’s and Magic would rather celebrate everything that is good about being an Otaku, and honestly? It left me with a big smile on my face. I suggest you check this show out, try to put a little light in your fan world.