Do you like lists? I like lists, and I heard you like lists too. So today we have, as list! Anime and Manga have no shortage of great moments, characters and scenes, but they also have some wonderful pieces of dialogue. This post today is going to highlight just some of my favorite lines from a variety of different anime and manga series. Some are serious, some are funny, some are dubbed, others are subbed, others are strange. Let’s get into it after the cut!

1. I REFUSE TO SUBJUGATE MYSELF TO THAT THING, I AM THE VICTOR! I WILL DECIDE WHAT THE WORLD SHALL BE! – Aizen Souske from Bleach (Dub)

My Take: The little caption below pretty much sums it up. Aizen was long the super chill, almost trolly villain. Seeing him break down at the moment of his defeat was something else, and I absolutely love him just laying it all out on the table. A great scene (and should have been where Bleach stopped.

2. You made me feel weak, but there was nothing I could do, but now I’m gonna make you eat those feelings LIKE A TEEN DOING THE TIDE POD CHALLENGE! – Issei Hyoudo from High School DxD Hero (English Dub) 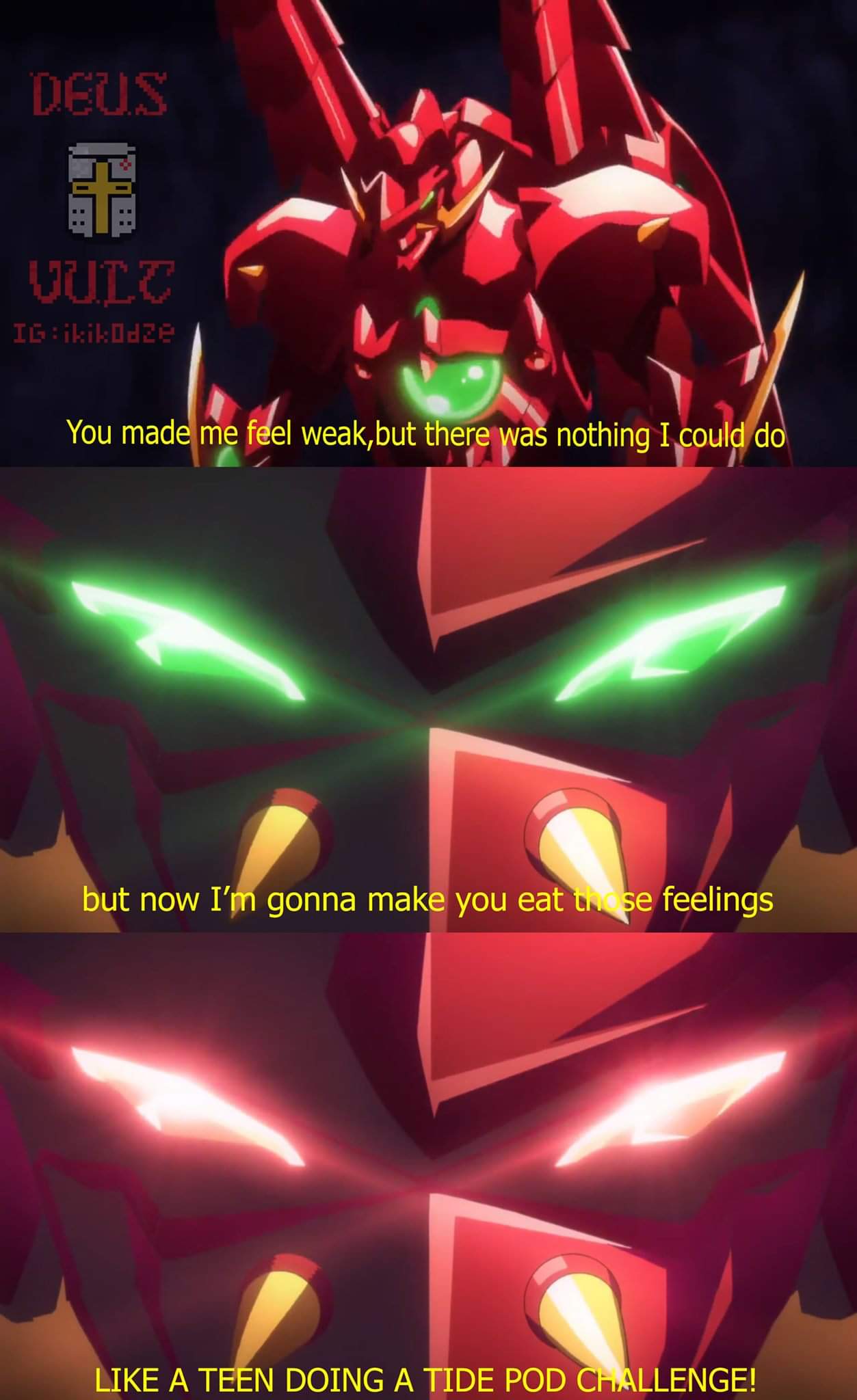 My Take: Yes, the dub played really loose with this line, yes you are allowed not like the (what actually really is a solid) dub because of that reason, but I laughed my fucking ass off for about an hour when I heard it. This remains probably the best line in the entire four seasons of the dub.

3. Do you understand what that means? To him, your life was more precious than the village. – Tobi (Naruto Shippuden) 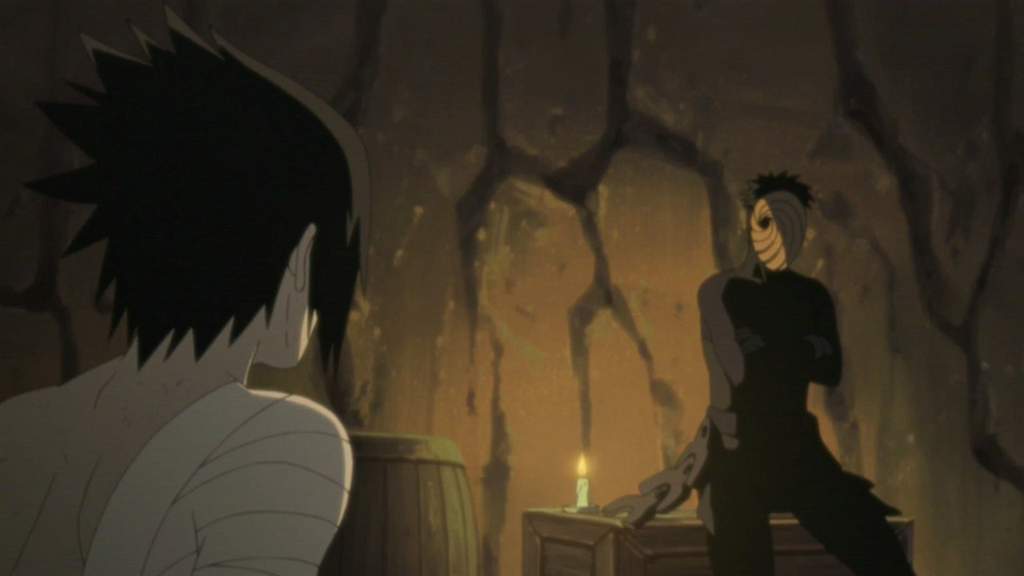 My Take: The twist involving Itachi Uchiha is probably one of the best kept secrets and one of the greatest moments in the entire Naruto manga, and it all comes together with this single line, which pretty much sums up all about who Itachi is. I just love it.

4. Just as you reject me. I’ll use every ounce of my strength to defeat the me that is you! (Shirou Emiya- Fate Stay Night Unlimited Blade Works)

5. How many more people must we kill? How many more times must I kill that girl and her dog? – Heero Yue (Gundam Wing Endless Waltz)

My Take: Gundam Wing is a take or leave it kind of series, and is in desperate, DESPERATE need of a proper re-dub, but fuck if that line isn’t just perfect, showing the exhaustion and finality that Heero feels about his mission and their constant fighting. Both in English and in Japanese, absolutely love it. 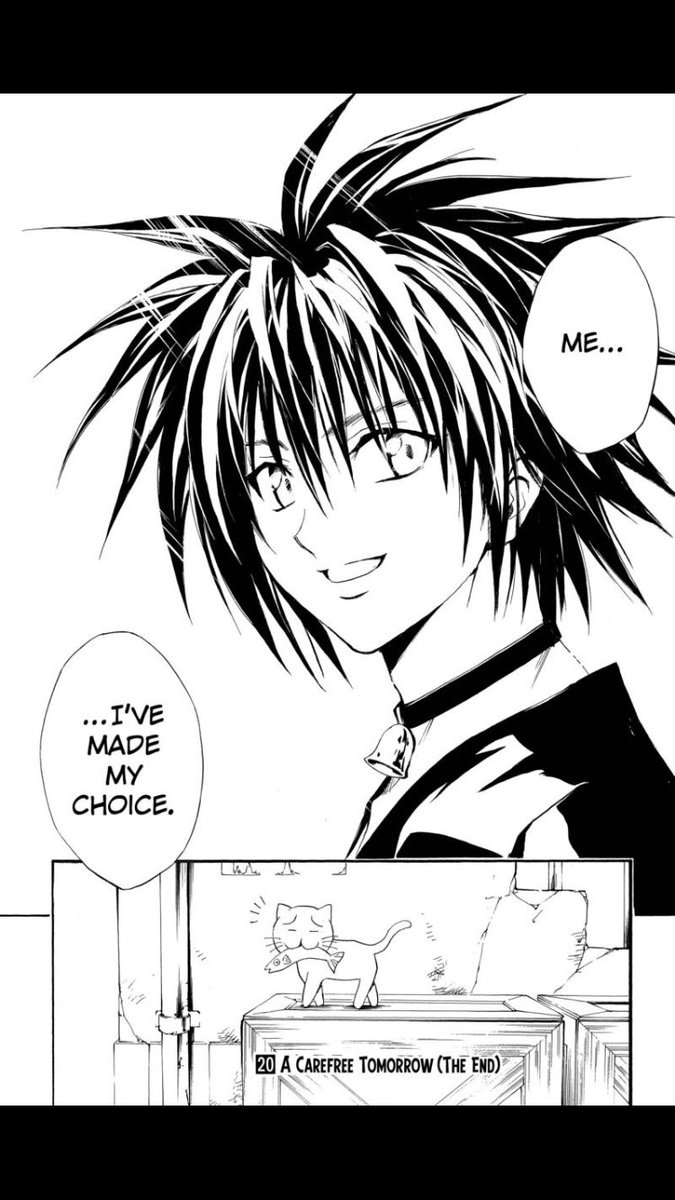 My Take: A simple line taken from the end of his long final monologue of the series, but damn it works and is probably the perfect way Black Cat could have ended on. I can’t wait to revisit this series later this year.

7. That man took it in the face and still remained standing afterwards. What kind of intense mental stress must this man be accustomed to? – Ainz Ooal Gown (Isekai Quartet) 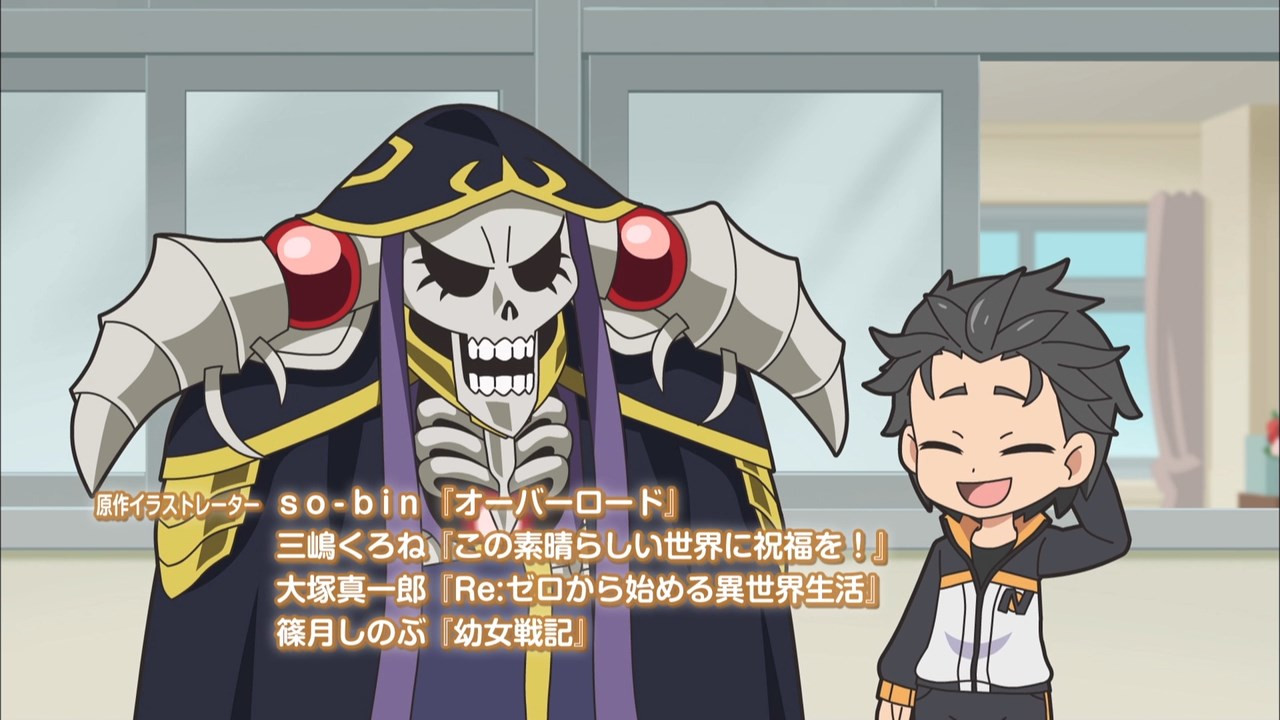 My Take: Oh Ainz, you have no fucking idea man….

8. “The version of me that lives inside your head must be amazing” – Emilia (ReZero)

My Take: This single line is probably the most effective, most straight to the gut, most hurtful thing and real thing Emilia could have said to Subaru during his great breakdown. Nothing cuts to the soul of his character more than these few words.

9. Death is not an apology! Because a man promised to him that he’d definitely come back! – Brooke (One Piece)

My Take: Man..fuck you Oda. That damn story of the skeleton and his whale gets me everytime I think about it. Fuck you man….

10. I shall have to submit my body to all manner of pornographic acts, over and OVER again! Oh the HORROR! What should I do Kazuma? (Still don’t know,) – Darkness and Kazuma Sato (Konosuba) 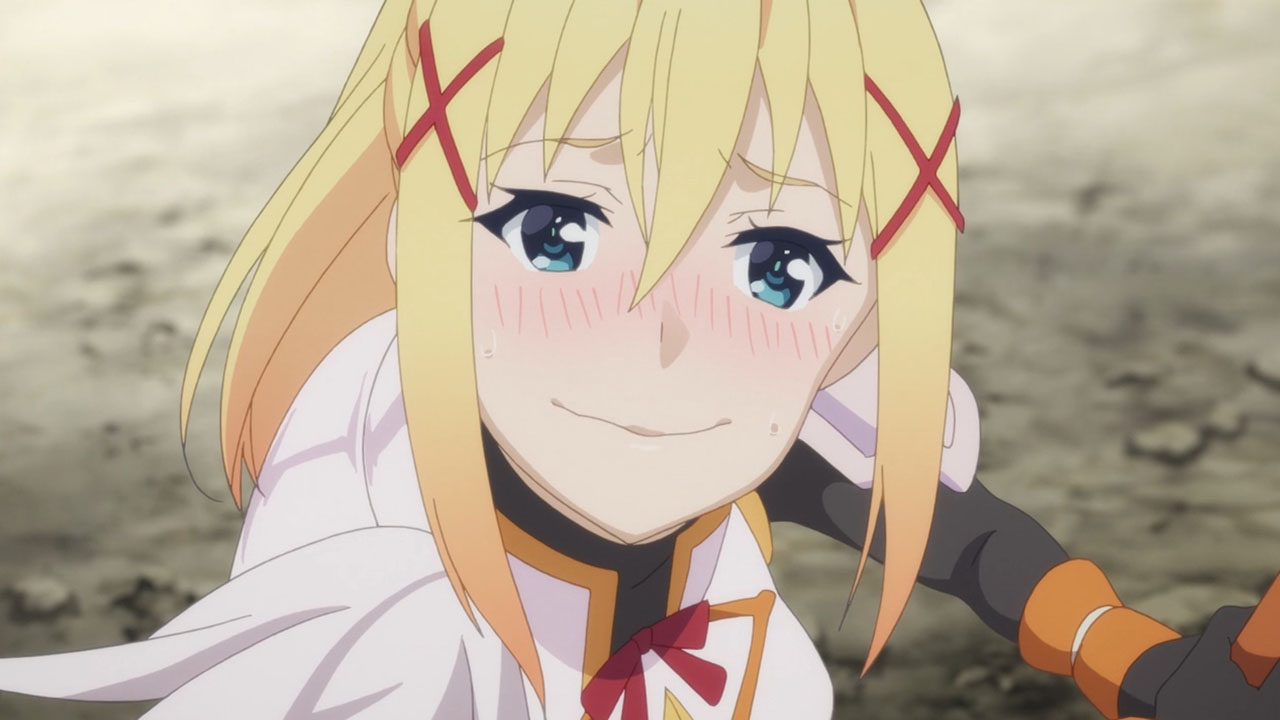 My Take: This exchange between Darkness and Kazuma is one of the funniest ones in a series chalk FULL of hilarious dialogue. Did you know that the English VA for Darkness is also the dub voice for Fate Stay Night’s Saber? You’ll never forget that now. Your welcome.

One thought on “I Heard you Like Lists: My Favorite Anime and Manga Lines”