Sempai is the perfect example of the creative freedom that anime is blessed with, that many shows in the west are not. Sempai is not a deep character, in fact she barely has any depth at all. She wants to be a magician, but sucks at it because she suffers from stage fright. That’s it, that’s the entire character summed up. There are no hidden motives, no backstory, no reason for her being other than the fact that she just wants to do magic. The entire series over the last twelve weeks has just been a series of mini episodes showing how Sempai keeps failing at trying to do magic tricks, and the exasperated response of her friends.

And it works, it works really well, but why?

The reason is, I think, is that Magical Sempai is a show that knows exactly what its goal is. The creators and anime adapters are all on the same page and they just go for it. There isn’t any attempt of trying to make the show about “something,” or have Magical Sempai be another entry in whatever “culture war” is being fought online today. She’s just a character, a dumb teenage girl who really REALLY wants to be a magician. The fact that the show is able to do that, and stay in that lane is what kept me coming back to the story, and what kept Sempai sticking around in my head even when other shows presented far more well developed female characters.

Because I think, there is a lot of joy that can be brought from seeing a female character just be herself, without any of the cultural baggage creators (and viewers) often assign to their shows. You don’t go to watch Sempai to get the latest war update in the battle of whatever people are bitching about on twitter, you sit down and watch because you want to see a cute teenage kid fail the rope trick for the fifteenth time, or to drown yourself in her endless optimism and dedication to her passion. Sempai doesn’t care what people think of her, or what the “culture” might think of her, she just want do magic. That level of creative freedom, of being freeing from the often suffocating chains of trying to say ‘something’ is what makes a character like Sempai so fresh and endearing, even if her character is incredibly shallow, because I’ll be honest, there isn’t really much I can say about her. 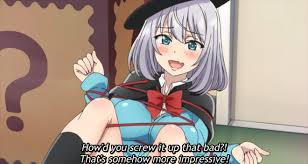 Yet that has always been one of Anime’s best strengths, being a medium that allows for both sides of the coin. Some of the best shows ever made that have touched the lives of millions have characters, male and female characters that address a variety of social and personal issues. Yet it also has several characters who are just girls being dumb, silly, stupid, vain, proud, giving, loyal, slutty, restrained, dedicated. I haven’t brought it up on my blog, but the recent harem anime Hensuki has really pulled me into it, not because of the ecchi hijinks, but because the female characters are hilarious freaks, and they are ALLOWED to be freaks. Anime isn’t a medium that has to lock itself into one particular box when it comes to depicting people of any sex, it has several and because of that, in my view, it has allowed the art-form to flourish when in the west, it has started become stagnate, repetitious, cynical and pandering.

Magical Sempai’s Sempai is the perfect example of that, a female lead who is exactly what is shown on the box. A teenage who want to put on a top hat and cape and pull a rabbit out of it. That level of freedom is a joy to see in these times, and it is what endeared me to her character long after the episodes finished. I don’t expect people to share that view, but I do think it is a view worth examining.

Or I’m just a massive fucking idiot who has no idea what he’s talking about. I’ll let you decide. 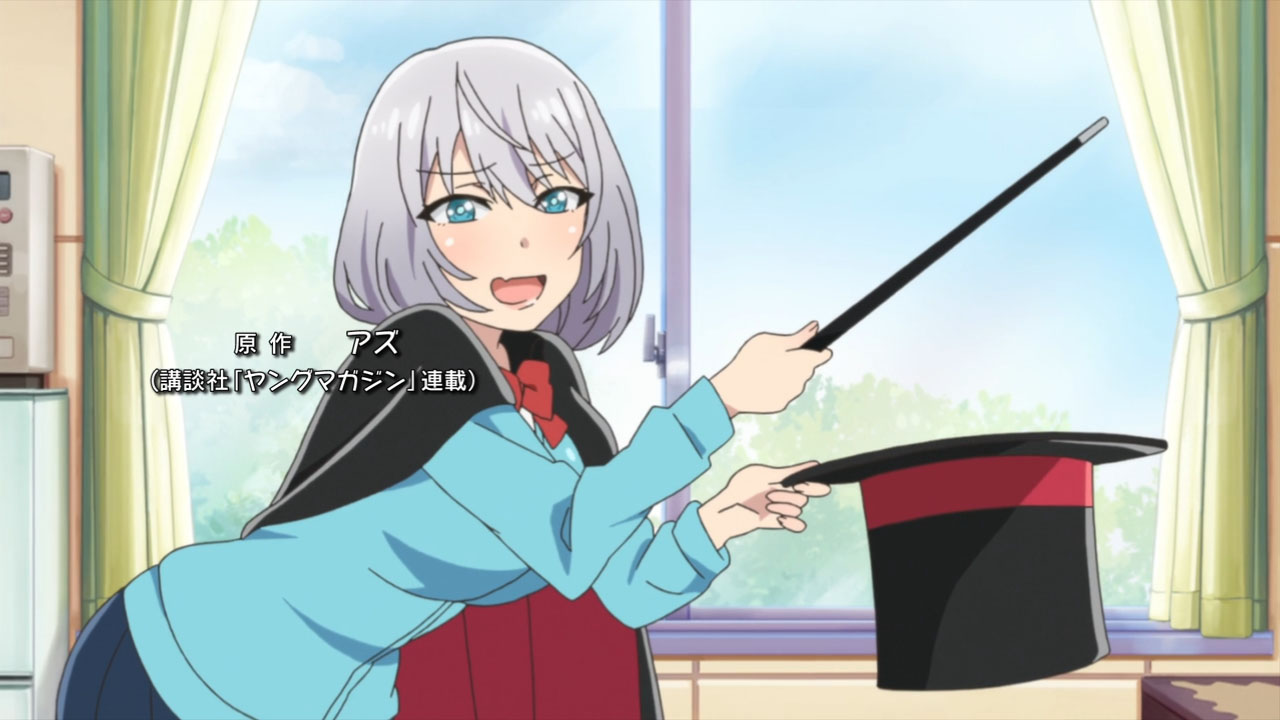