With the recent grumblings online lately, I’ve been mulling this over in my head and I felt that I wanted to say something. I have always maintain that this blog stays away from aggravating people. I just talk about the shows, whatever is related to them, and move on. Yet during my time on this blog, I’ve also spoken about my feelings towards anime rapidly entering the mainstream, what that means and what will happen because of it. The arguments cropping up lately concerning are connected to that, so I just want to get some thoughts, logical, fair thoughts out on this subject.

So after the cut, let’s talk about: fanservice and cute girls in anime. Or as I’ll just say ‘Anime Tiddy’

This debate over fanservice in the anime genre is, at it’s heart, another part of the culture war that has engulfed western media in the last decade. There are many reasons for this and frankly they are too complex and too polarizing it get into at this moment. The advent of social media has only made this worse, allowing people a place to give out hot-take, knee-jerk reactions to anything and dog-pile anyone they disagree with. However this great debate has always been present, and is only magnified by the technologies of the day.

In my view, this debate over fanservice (the anime tiddy) and the depiction over female characters in anime involves two sides talking PAST each other. One believes that the other side wants to strip away fanservice from the anime genre, and completely remove it from any and all series. The other believes that anime fans want ever single girl in anime or manga to be wearing nothing but band-aids over their J-cup breasts. The truth is, like everything thing in this world, somewhere in the middle.

Now anyone who follows this blog or my twitter knows me. I’m Mr. Fanservice. I love it to death, the big anime tiddies, the thicc anime thighs, the cute anime butts, all of it. My favorite series of all time: High School DxD, is the ‘great work’ of the ecchi genre, a genre that I will always defend, that I believe needs to be treated with just as much respect as any other anime genre. Yet I also pride myself on being empathetic, being able to see the other side and understand their point of view, or try my best to do so. The ability to do that I think is a vital proponent of being an adult, or just a mature person.

I won’t lie, my gut reaction anytime I see an article or twitter thread decrying a certain series or entire genre is to go “SHIELDS UP! RED ALERT!” To prepare myself to defend the genre, to be dismissive and derisive. That is as Yoda says, the quick and easy path. It is EASY for me or anyone else to do that. It’s harder however to take the long way, to try and sit down and unpack a situation and examine and not just run to your respective echo chamber.

I think, I hope, that I understand where people are coming from when they say they dislike fanservice, or find it exploitative or even insulting. I also know I’ll never understand what it is like for a woman to grow up being constantly judged on her appearance, bust size or otherwise. I won’t, and I never will. Additionally, to reference a quote from Team America; World Police, I also understand that fanservice and the anime tiddy can be detrimental, to paraphrase the movie:

This is a truth, one that can’t be denied. Fanservice shoved too much in a series can pull away from the characters and plot, like Fairy Tail. Fanservice put into scenes where it doesn’t belong can ruin the moment and feelings that they are trying to convey, like it did with Fire Force earlier this year.  We’ve all rolled our eyes at scenes that try to shove in a boob or panty shot at strange moments, or at those insane (and hilarious) camera angles, or at the sometimes insane size of a woman’s chest. Like anything in the world, there are going to be mistakes and slip-ups. Whether those are mistakes though depends on the person, and there are just as many people who didn’t care, or even loved Tamaki’s antics in Fire Force, just as there were people who didn’t. Everyone has their own limits, and not everyone is going to react the same way. A universal consensus is almost impossible, that’s just how mankind works.

Yet I can understand and even agree to all of that. but the truth is. I still love anime tiddies, and so do A LOT of fans, because the reality is: sex sells.

Sexy girls sell, big ass tiddies sell, and shows with fanservice done well, sell like bloody hotcakes. One look at any social media platform or a cosplay convention and you can see the art, merchandise and costumes that depict anime girls in all their big busty (or not so busty) glory. It is part of the industry, as entrenched into the very marrow of the artform as much as yelling out your own attacks, overly long light novel titles, sakuga, tsunderes, and everything else that makes anime, anime. Men and women, people of various beliefs, ideas and feelings create these things and they bring joy and happiness to many people, regardless of whatever identity they subscribe to. Some of the greatest shows of all time, shows that touched the hearts of millions of viewers are stuffed with fanservice and big sweaty joy pillows, or gloriously thicc anime thighs.

Anime fandom, both in the west and the east will never allow it to be chased out of the medium. That is the brutal truth, and as Anime gets ever closer to cultural mainstream, that fandom, having long since reconciled the “strange shit” that anime brings to the table, will find itself more at odds with a new generation of fans who will challenge and even reject those norms. It will get uncomfortable, it will even get ugly, but it is going to happen. But that doesn’t mean that it can’t be talked about, discussed, or even debated. Conversations must happen, discussion done with good faith and kindness should take place, but not at the end of a gun, and not wrapped up in ideological dogma, or vain pandering to one group or another in an attempt to score points.

The Anime Tiddy is vital to the industry.

It didn’t stop Fate Stay Night from becoming one of the most profitable franchisee on the planet.

It didn’t stop series that have it to challenge viewers, to make them think, to cry, to laugh, or get angry.

It didn’t stop shonen series like Fire Force, Bleach, One Piece and more from being beloved by millions.

It didn’t stop High School DxD from becoming one of the most beloved and well regarded ecchi series ever made.

It didn’t stop YU-NO: A Girl who Chants Love at the Bound of this World from becoming a landmark VN that inspired so many future masterpieces.

It didn’t stop people from creating countless amounts of fan-art, from flexing creative muscles and expressing themselves through that art, videos, and more.

And It didn’t stop people, men and women, gay or straight, or whatever gender they might be from finding joy, happiness, entertainment, contentment, and yes, even debate, from so many different series.

I’m just one person, a person who just watches anime and (something that most western anime fans need to accept) who has little knowledge of real Japanese cultural norms and practices work. I could be wrong, you might think I’m wrong, or perhaps you think I am right. I honestly do not care either way what people think. I am just talking about how I feel about a subject that is frankly, going to get worse before it gets better. However I feel the need to speak about this, to defend ‘The Anime Tiddy,’ while also trying to be fair and objective. It’s a messy, complicated and sometimes strange business, but that is true of all aspect of life. But let’s not try to tear people down for something they love, or they might not love.

Frankly, I think we all have better things to do. 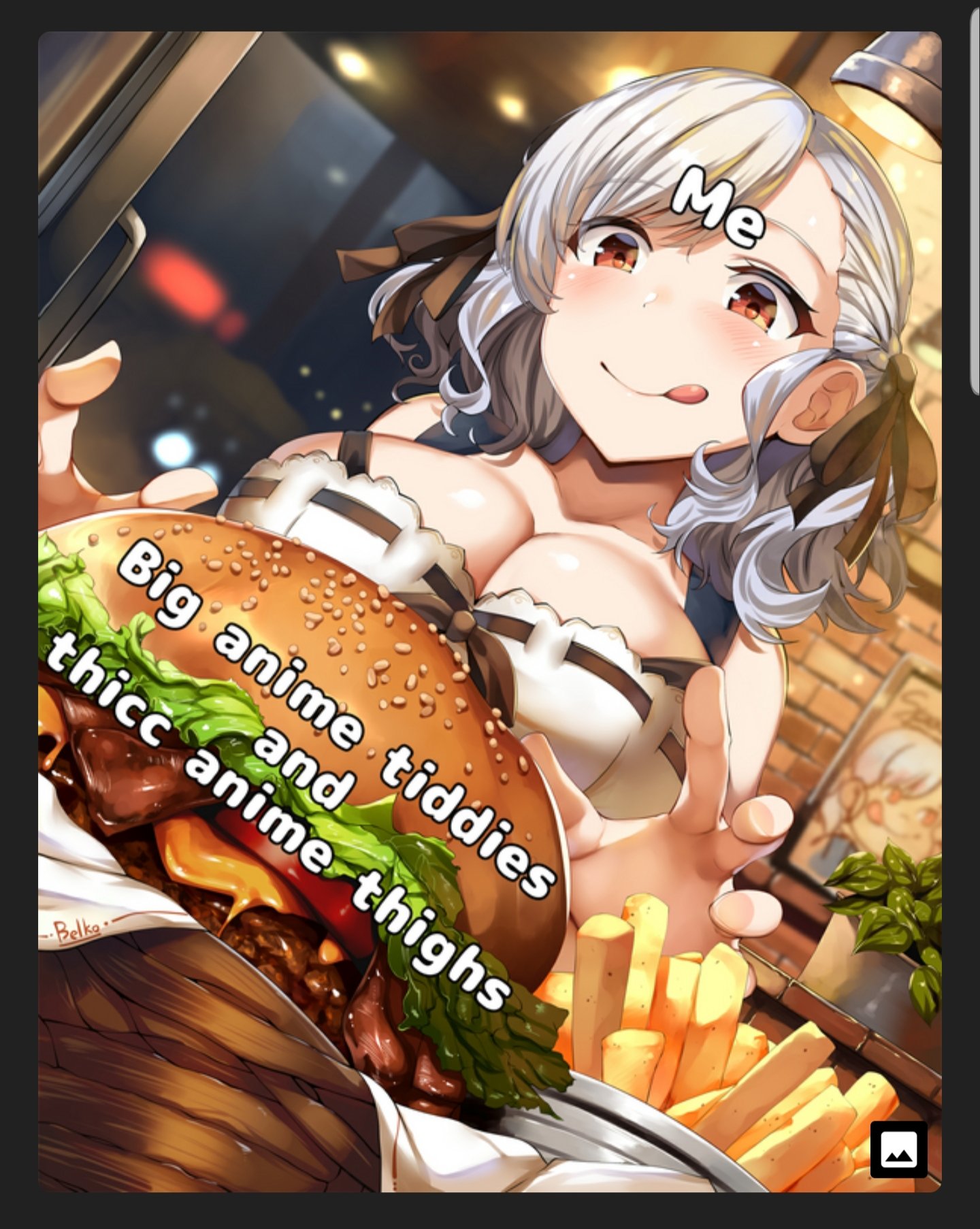 11 thoughts on “The Anime Tiddy”