Man, I wonder if this is stepping over the Rubicon yet? 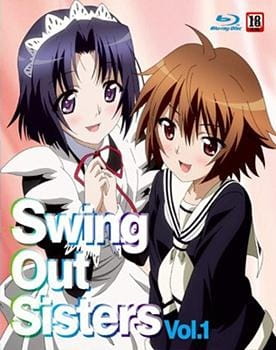 Giving a review of something like Swing Out Sisters is strange. Unlike the previous series I have looked that, there isn’t really much aside from what it is suppose to be. While Sense of Values of Wine had a tender love story, Emergence provided a dark and depressing look at how drugs can ruins someone’s life, and Bible Black was more about the legacy of itself. Swing Out Sisters doesn’t have any of that. It is a straight up hentai, and nothing else. There is no attempts to have a plot, no attempts at even a narrative. It is just sex, sex, sex, and sex. I’m not going to sit here and try to convince you that it is something else. I call a spade and spade, and Swing Out Sisters primary concern to giving the viewer good sex to oogle at. Nothing more, nothing less.

And honestly? That’s exactly what makes it so good.

2 thoughts on “Swing Out Sisters: Salt and Pepper”