END_OF_DOCUMENT_TOKEN_TO_BE_REPLACED

I’ve said this at least have a dozen times, and I’ll keep saying it. 2019 has NOT been a good year for ecchi. Aside from a clear lack of ecchi and fanservice shows in general, those that we have had have ranged from the decently ‘eh’ (Date A Live III), the forgettable (Nobunaga’s Sensei), the overly censored (Why are you here Sensei?), and depending on who you ask, the disappointing (Two-Hit Mom). It just hasn’t been a good year, but to be fair, 2018 has been a hard act to follow with the double whammy home runs of How Not to Summon a Demon Lord, and High School DxD Hero.

However hope is not lost, and there is actually a series in 2019 that isn’t only a great ecchi, but it is a reminder of just how fun ecchi can be. After the cut let’s dive into the series Hensuki: Are you willing to fall in love with a pervert, as long as she’s a cutie?

END_OF_DOCUMENT_TOKEN_TO_BE_REPLACED

This is a weird one guys, this show has been a wild ride of feelings and opinions that have gone from one extreme to another. Let’s not waste anytime. After the cut let’s take a dive into the series Do you Love your Mom and Her Two-Hit Multi-Target Attacks?

END_OF_DOCUMENT_TOKEN_TO_BE_REPLACED

Famous series and popular series are no strange to the concept of the ‘spin-off’ and that very concept has had a very sketchy record. In the west, there has been some successes: The sitcom Frasier which spun off from Cheers was wildly successful, the Arrowverse, probably the best thing to come out of DC comics in the last decade is pretty much all spin offs from one show about a B-tier super hero. However there have been also considerable clunkers, with things like Joey, AfterMash and several others never being able to recap the magic of its parent series.

For anime it is a bit different, but there is still that checkered history. Boruto is doing decent as a successor to Naruto, and A Certain Scientific Railgun is considered it some ways even better than its first series Index. Yet there have also been mixed bags, and we come to one of those today. After the cut let’s take a dive into this seasons Fate series, and spin-off Lord El-Melloi II Case Files: Rail Zeppelin Grace Note

END_OF_DOCUMENT_TOKEN_TO_BE_REPLACED

Good, now I don’t have to look at Shinmai every time I open up this blog.

Anyway, a few days ago I sat down with Lynn from Ecchi Hunter once again to talk about another show. This time we delved into the sleeper hit of the year: YU-NO: A Girl who Chants Love at the Bound of this World. We had a great conversation as always as talked about the series that is being cruelly ignored by the rest of the anime viewership. Don’t miss out on this show! It’s damn good!

Check out our Conversation Here! 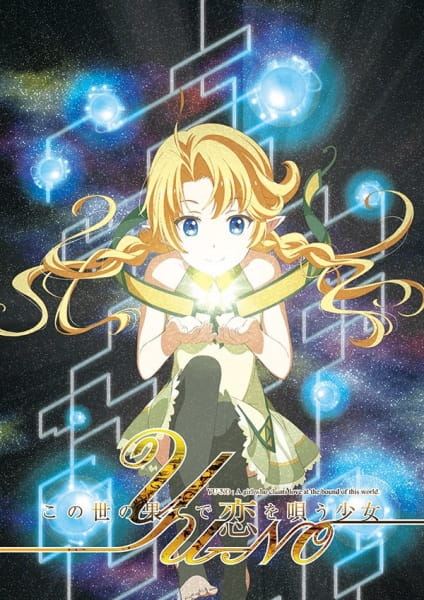 The Summer season has begun and there have been several shows that have I started watching. My list from the last post has changed alot since then, having dropped both Vinland Saga due to it being on Amazon and not bothering to look at Arifureta due to people saying it was just horrible. That being said, there is still plenty to look at, so join me after the cut as I give you my thoughts: three episodes in!

END_OF_DOCUMENT_TOKEN_TO_BE_REPLACED

Spring 2019 is wrapping up in two weeks and the Summer season is right around the corner. While I’ll be busy delving into my season long look into High School DxD aptly named The Summer of Love, I will also be catching a few shows that are hitting screens during the sunshine months. I’ll also be continuing to watch shows like YU-NO and Fruits Basket. The list isn’t much now, but you can check our my initial picks after the cut!

END_OF_DOCUMENT_TOKEN_TO_BE_REPLACED

Seriously, I want this broken down and injected into my veins. I do not do hype, I hate it, but THIS is going to be amazing if it even lives up to a third of what I think it will be. Ecchi has been in such short supply this year, ranging for decent to horribly censored. This is the great last real hope we have for 2019. It doesn’t have to be perfect, it doesn’t have to be groundbreaking. Just be good enough.