While it is a minor miracle that this show even got a second season, the joy at that happening doesn’t mean it gets a free pass for what it actually is. I am not a harsh critic here at Shallow Dives in Anime, but I also don’t pull my punches. If something doesn’t work, then it doesn’t work. I won’t call it an abomination or the worst thing to ever happen, but I won’t look the other way either. I call it like I see it, praising the good and what works, along with the bad and what doesn’t. With all that said, let’s take a dive into the second season of The Devil is a Part-Timer after the cut.

END_OF_DOCUMENT_TOKEN_TO_BE_REPLACED

Summer 2022 continues and so far, it has been another middle of the road fare. Some good shows, but nothing that has been ‘great’. As always, I like it when the anime industry ‘see-saws’ with its work, because having back to back amazing seasons can be overwhelming. With that said let’s take a look at the series I’m watching now that they are three episodes in!

END_OF_DOCUMENT_TOKEN_TO_BE_REPLACED

Out of what has been a very solid and enjoyable spring 2021 anime season. There has been one show that I’m shocked I’ve enjoyed so much. Especially since that show is really nothing special. A mid-tier show to end all mid-tier shows. Yet it was always something I was excited to watch each week. Let’s not waste anytime, and after the cut, take a dive into The Saint’s Magic Power is Omnipotent.

END_OF_DOCUMENT_TOKEN_TO_BE_REPLACED

Spring 2021 is just about finished and it has been a great run, but that also means that Summer 2021 is almost upon us! We have a bunch of cool series and sequels coming, but what am I going to be watching? After the cut let’s see what’s going to be on my radar (at least for now) for Summer 2021!

END_OF_DOCUMENT_TOKEN_TO_BE_REPLACED

I talked about this show ages ago, back when the blog was just starting, and I always wanted to come back to it. It remains a beloved series for so many, and it’s continued love has made it last a very long time. Now that a second season is actually happening! It’s no better time to do so! Join me after the cut as we re-dive into one the classics of the Isekai genre: The Devil is a Part-Timer!

My original thoughts are right here!

END_OF_DOCUMENT_TOKEN_TO_BE_REPLACED

While the Isekai genre is the current dominant force in the Anime and Manga world, something that isn’t as common is the “Reverse Isekai.” This is when, instead of someone from “our” world is transported into a fantasy land, someone from a fantasy land is instead transported to OUR world. What would that be like for them? For someone who was a king, a warrior, or a princess to suddenly end up in present-day Japan?

Well, one such answer comes from an anime that has, at least in the west, rose to such cult-beloved status that it almost touches the level of shows like Full Metal Alchemist, Death Note, or Cowboy Beebop. After the cut let’s take a dive into Satoshi’s Wagahara’s The Devil Is a Part-Timer! 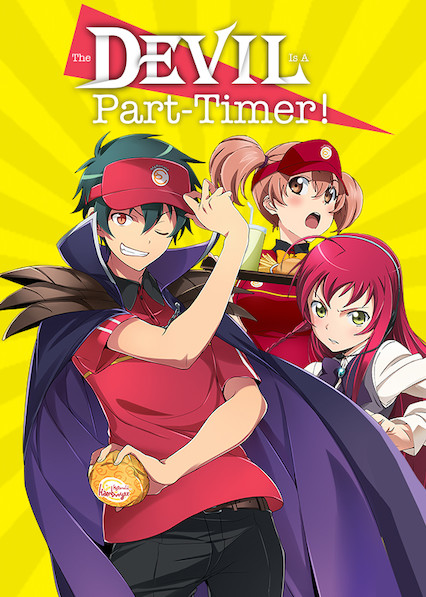