END_OF_DOCUMENT_TOKEN_TO_BE_REPLACED

((This post is dedicated to Pete Davison from Moegamer, for convincing me to get this game. Thanks a lot, you son of a bitch))

My foray into the world of visual novels continues. While I’m slowly working my way through Steins;Gate, I have also taken the time to look through another series, one that also has an anime series that is just about to wrap up. Let’s not waste anymore time, join me after the cut as I dive into the visual novel Nekopara Vol.1

(NSFW images right up ahead)

END_OF_DOCUMENT_TOKEN_TO_BE_REPLACED

It’s collaboration post time! While my good friends at Ecchi Hunter are busy with their own posts, I knew that I couldn’t let my look at the anime Yosuga no Sora: In solitude where we are least alone, end without a chance to sit down and talk it out with a fellow anime blogger. Infinite Zenith had recently watched the series as well, and was more than happy to sit down and hash out some thoughts! It was a damn great conversation and I admire Zen’s ability to dig into themes and settings (where I mostly go ‘yeah, that looks nice’). Of course I bring my own takes on the series that I hope were just as interesting!

I hope you all enjoy our conversation as much as we did having it!

Anime’s greatest strength is it’s ability to be many things, and tell so many different stories. That diversity of views, the ability to take almost any concept, from the heartwarming, to the tragic, to the comedic, to the just plain insane. When other people sit there and ask “why?” Anime proudly stands tall and says: “why not?”

That has been the mantra that I have approached here at Shallow Dives in Anime. I don’t turn away from series just because they are strange, or address controversial or even taboo themes. These things deserved to be talked about, to be judged fairly and with open eyes. Whether you end up enjoying it is up to you, but to dismiss something out of hand just because it tackles something you might not approve is, in my view, the height of arrogance.

This month I have done such a thing, and after the cut, join me as I give you my final thoughts on Yosuga no Sora: In solitude, where we are least alone. 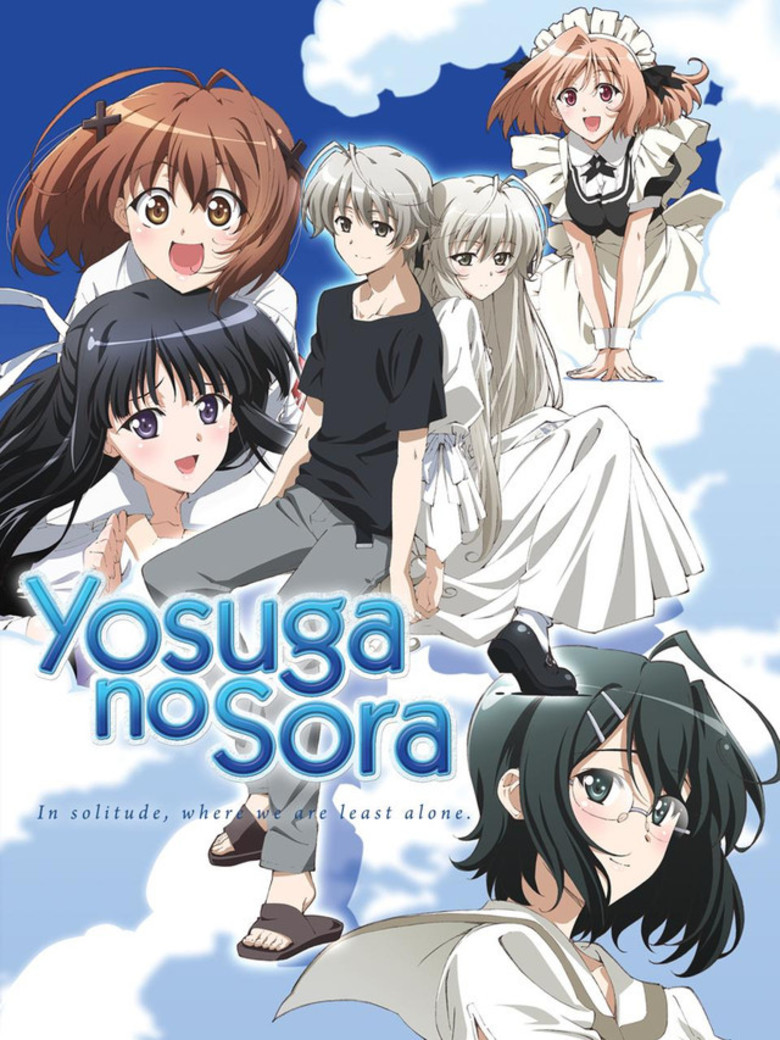 END_OF_DOCUMENT_TOKEN_TO_BE_REPLACED

Our look at the anime series Yosuga no Sora: In solitude, where we are least alone continues! Last week we discussed the first two episodes and the Kazuha arc, which I was surprised at how much I enjoyed it. This week we move on to the next two episodes which cover the other part of this story. Join me after the cut as we dive into next part of the series: The Akira Arc!

END_OF_DOCUMENT_TOKEN_TO_BE_REPLACED

Man, I wonder if this is stepping over the Rubicon yet?

END_OF_DOCUMENT_TOKEN_TO_BE_REPLACED

Suck it Crow! You thought it was gonna be Chivalry of a Failed Knight!

2020 is here, and I’ve got a bunch of things planned for Shallow Dives in Anime. We’ve got the Summer of Love Part II, dives into the light novels of Goblin Slayer and more, along with more of everything at people here love (or tolerate). However I wanted to start off the year with a bang, with something to really get the blood flowing. This is going to be the “fun’ part of the post, because after this, it’s time to get serious. Without further ado, the series I thought I would NEVER talk about on this blog. Join me after the cut as I dive into the hentai manga with three different names.

Some call it Metamorphosis. Others call it 177013, I’m going to call it by it’s real title: Emergence

END_OF_DOCUMENT_TOKEN_TO_BE_REPLACED

Yes, this is happening.

END_OF_DOCUMENT_TOKEN_TO_BE_REPLACED

After watching a shit ton of harem and ecchi animes over the past year and a half, I think I have a good idea on what makes certain shows work, and other shows fail, and it’s quite simple. Harem and Ecchi are at their best when they combine good fanservice, with strong storytelling. You cannot have one without the other and enjoy the level of success and fan reception that several shows have had.

High School DxD may have found initial success with it’s no holds barred embrace of the titty but did that alone carry it to four whole seasons? No, it was the great characters, amazing music, and solid storytelling that led the series to strength after strength. Did How NOT to Summon a Demon Lord become last years unexpected hit simply because of its well done ecchi? Perhaps, but it was also its good characterization, spot on humor, and mirror-shine polish of its isekai story that carried it through. Shows like Shomin Sample, Majikoi, Shimoneta, and Kenichi the Mightiest Disciple all found success BECAUSE they remembered they also had to tell a story and didn’t slack off in that department.

This is why so many other ecchi/harem shows often fail to maintain viewer interest. This year’s Senran Kagura was just BORING when it had to just depend on its weak characters and run of the mill plotline. Another World with my Smartphone didn’t even have any real fanservice to offset its abysmal female cast and Master of Ragnarok sucked even more. And yes it is probably the main reason why just watching a complication of all the fanservice scenes in Shinmai Maou No Testament is better than having to subject yourself to its worthless story and main characters. Shows like these never put the effort into having both story AND fanservice, and they all suffered for it.

I say all of this because a few weeks ago I came across a manga series that reminded me how much ecchi/harem shows can work when you put in enough effort for the story. So after the cut let’s take a shallow dive into Lynn Okamoto’s Parallel Paradise.

(NSFW IMAGES RIGHT UP AHEAD, PLEASE READ WITH DISCRETION)