The jury hasn’t even sat down for The God of High School yet. I found the pilot to be just fine, and I’m interested in seeing more, but that’s it. The opening theme is kinda fun though, and full of Crunchyroll product placement. Either way, the Tune of the Week is the theme to the series: Contradiction by KSUKE

The Summer of Love II continues! While we will be wrapping up our look at Season 2 next week, part of this months long look into Date A Live involves examining a few of the key characters. We have about three on the docket this time around, and I think it is best to start off with our main lead. So join me after the cut as I dive into the main character of Date A Live: Shido Itsuka.

END_OF_DOCUMENT_TOKEN_TO_BE_REPLACED

A few months ago I sat down with fellow blogger Infinite Zenith to talk shop on the series Yosuga no Sora. It was such a fun time that I just wanted to do it again as soon as I could, and I knew there was only one series we could talk about. I’ve talked about School Days quite a bit, and it’s still a series I think about a lot. Zen thought the same way so we decided to have another back and forth.

The summer season of anime is just about to get started which means we’ve now reached the halfway point for Anime 2020. Despite being handicapped by the pandemic there have still been some hits. Join me after the cut as I give you my preliminary bests and worsts of everything anime has offered this year. This list is absolutely subject to change as we still got two seasons left to go! 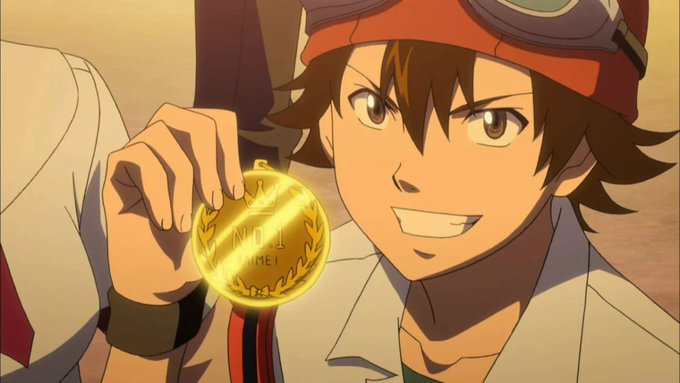 END_OF_DOCUMENT_TOKEN_TO_BE_REPLACED

My journey through this series has been an interesting one. At one point close to dropping it, then completely turning around and calling it not only my anime of 2019, but one of the best anime I’ve watched period. With the news that we would be getting a second season, I was both excited and nervous. Excited because the story would be continuing, and nervous in that I hoped that the first season wasn’t a complete fluke. As the one heavy-hitter that survived to actually air in the season it was suppose to, how did it end up? Well, join me after the cut as I dive into the second season of Kaguya-Sama: Love is War.

END_OF_DOCUMENT_TOKEN_TO_BE_REPLACED

We would be remiss to not finish off Spring 2020 with a look at this opening. I watched and enjoyed Tower of God. It was a good show, but I never once bought into the mountains of hype that people were claiming it was going to be. I’ll get into that in the future sometime, but for now, let’s just enjoy the music. The Tune of the Week this time is the opening theme of the series. TOP by Stray Kids!

The Summer of Love II continues! We are now in the second of the three seasons of Date A Live, and on the docket today is the first of two story arcs.Now I did say in my primer  that I would be looking at the series in 6 episode chunks. Problem is, is that the first arc of the second season is actually done in 4. I could have gone ahead and watched the next two episodes, but since they are part of the second half, I thought it would be stapled on and not make sense. So this time it’s only four episodes, but there is more than enough to discuss. Join me after the cut as we dive into the first arc of Date A Live II: Yamai Tempest!

END_OF_DOCUMENT_TOKEN_TO_BE_REPLACED

A few months ago during the height of the lock-down, I finally listened to a buddy of mine and watched the anime Mirai Nikki. By the time it was all finished I found myself of two minds of the show, thinking that its concepts were interesting, but the show felt rushed. In a way, it was very much the rough draft of a better, tighter told story. I have only found that conclusion to have hardened in recent months, especially after the anime we are discussing today. Join me after the cut as we dive into the anime series Gleipnir

END_OF_DOCUMENT_TOKEN_TO_BE_REPLACED

Spring 2020 is just about finished, which means Summer is right around the corner and HOO boy is going to be something to see! With many springs series pushed back, and a whole slew of other shows, it’s going to be hard to watch just about everything. Still I have nailed down a few shows that I’ll be covering on the blog. Like I’ve said before, I won’t be covering Sword Art Online, as I want to watch the whole thing when it is completed, and I’ll still be watching Fruits Basket, but these are the shows that will get the blog treatment. So let’s see what’s on my radar for Summer 2020 after the cut!

END_OF_DOCUMENT_TOKEN_TO_BE_REPLACED

One of the good things that came out of having so many high profile series be delayed this Spring anime season was that it allowed other, lesser known series to take the spotlight. As much as I’ve enjoyed what’s been on offer this season, I do think a lot of it would have fallen to the wayside had big shows like ReZero season 2, or Sword Art Online‘s second cour been gracing screens at the same time.

The show we are talking about today is one such example, and something that I think much more people gave their time and attention to than they would have done. Join me after the cut as I take a dive into My Next Life as a Villainess: All Routes Lead to Doom!

END_OF_DOCUMENT_TOKEN_TO_BE_REPLACED

Back to top
ANIMATOPOEIA! | Writing about Anime

Anime reviews, film reviews, tv reviews, all at your own convenience!

A blog about anime, being trans, and other weird stuff

Teaching Skills With The Help of Anime

Asking The Big Questions on Anime and Manga